Here is the next part of our "Way We Were" series.

Above is the former Fieldhouse Store, later home to the Campbelltown News. Next door is the Jolly Miller Hotel built in the late 1840s, and later known as the Commonwealth Hotel, converted to residential flats in 1939.
Shown in 2017, now home to the Macarthur Legal Centre. The building next door was demolished in the early 1960s.
1 Minto Road, (corner Redfern and Minto Rds), William Harris' store, with Post Office and residence attached, built c1925 on land previously owned by the Porter family. 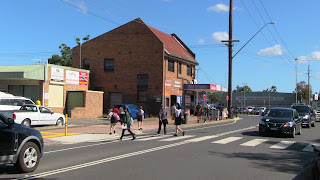 The shop now houses Minto Newsagents, and no longer sits alone on the corner!
Front view of the Minto store. 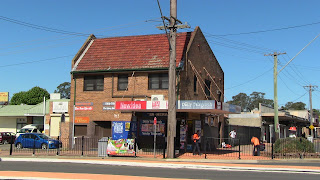 The same view 72 years on. A much busier corner than it used to be, with the railway station and a number of shops adjoining on either side.
Roadworks outside St Patrick's College. This site was originally a prep school for boys named St John's or "Westview". St Patrick's moved to this site in 1970. The original location of St Patrick's was in Quondong. 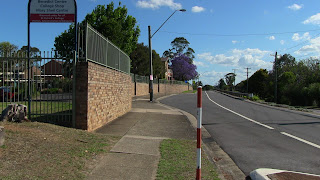 The same view in 2017, with a sealed road, much bigger trees and a new wall.