Here are some more then and now photographs of Campbelltown as promised! 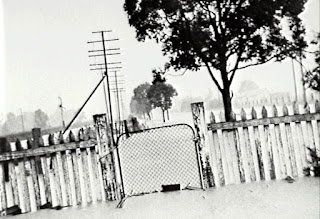 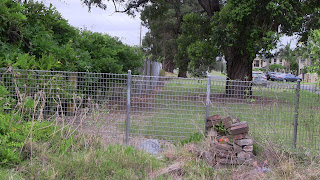 Above: Flood at Minto looking from front door of Minto Railway Cottage No.2 along the railway line towards Ingleburn with Victoria Road straight ahead. This was taken in 1961.

Below: The same site in 2017. Note the same tree in the foreground. 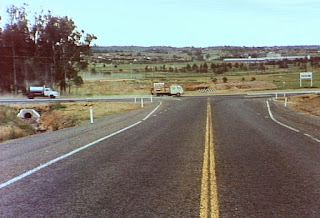 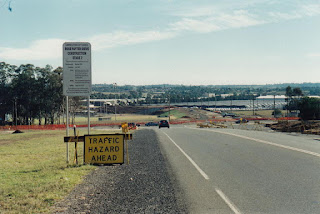 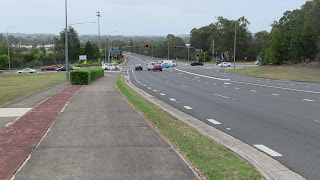 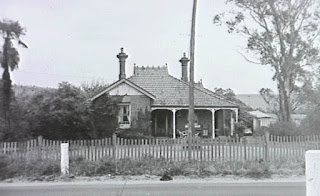 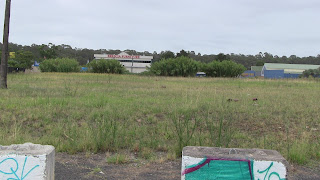 Above: This photograph was taken in about 1960 and shows the charming house "Kialba" owned by Alfred Payten.

Below: A 2017 view of exactly the same spot. The palm trees still stand here, including the one on the extreme left of the photograph. 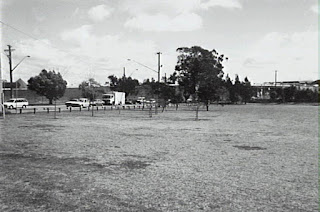 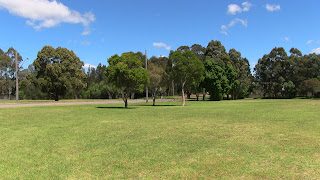 Above: Camden Road looking west from Hurley Street towards the level crossing and new overbridge on Narellan Road

Below: The same site in 2017. Traffic no longer flows on this part of Camden Road.
Posted by Andrew Allen at 15:23