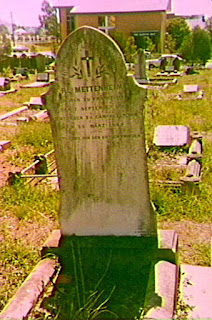 Our local graveyards contain many interesting headstones. Sometimes they might reveal a little about the life of the person buried there. The grave of Karl Mettenheimer is unusual as its headstone is written entirely in German. Despite knowing about his German background, there is little else in the records that we can find on Karl.

This is what we do know: Karl Mettenheimer was born on September 7 1862 in Frankfurt, Germany. He was a farmer in the Appin area. The church register described him as a "Gentleman". He was 31 at the time of his death in 1894 and he was buried in St Peters Anglican Cemetery in Campbelltown. He died intestate and with no family.

Karl was obviously thought of highly by someone because he was provided with a decent headstone. Perhaps it was a lover, close friend or an employer? Maybe it was someone with connections to Germany, who was as proud of his homeland as Karl. We will probably never know. 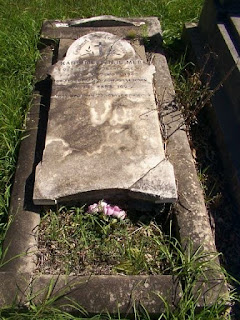