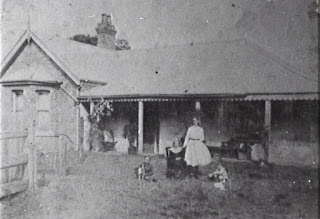 Another of Campbelltown's beautiful old buildings that is no longer with us is Ingleburn House. Those of you familiar with Ingleburn would know the site now as Ingleburn Fair next to the railway station. All traces of the house were obliterated in the mid 1970s to make way for this shopping centre. Again, history came off second best.

There appears no exact date for the construction of Ingleburn House. An amateur historian from Ingleburn believes the first stage of it was built before 1840. We do know that the land the house was built on was originally a land grant of 80 acres given to William Neale. In 1831 it was bought by David Noonan and then sold in 1851 to Mary Kennedy, formerly Ruse and her husband. Mary retained it until her death in 1871. It is thought that the name Ingleburn House was used after Mr and Mrs Laycock bought the house in 1881. They added a bay-windowed wing.

When the southern railway line was built in 1858 it took most of the front yard of the house, a barn and some cowsheds. Also the western side of the grant was divided by the railway tracks.

In 1898 Mr and Mrs William John Collins were living on the property when they celebrated their silver wedding anniversary. In the same year their daughter Maiben married Percy McDonald and their ceremony was also celebrated there. Another wedding occured there in 1907. In the early 1900s the house was described by a local as 'a rambling old cottage'. 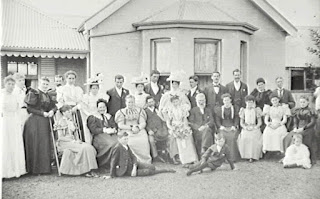 
Mr and Mrs Robert Allen lived in the house in 1908 until about 1923 and during their occupancy another wedding was held there. It was recorded that the house had nine rooms and one large room that was used for roller skating, dances and social functions. Jean Hounslow, a descendent of the Allen family, remembered her mother said the kitchen had a dirt floor. She remembered a story about her grandmother seeing a snake coming along the wall and she got the shovel and jumped out the window and killed the snake. That area near the railway was noted for its large amount of snakes. Apologies to all you herpetophobics!

An amusing fact about the house was that during the Second World War the house was jazzed up and called the Moulin Rouge (in a neon sign) and opened as a night club. Imagine this in 1940s Ingleburn! 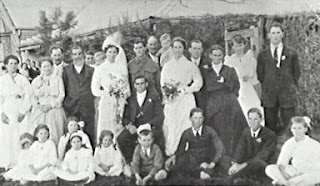 
The last resident to call Ingleburn House home was a Mrs Campbell who lived there for many years. In 1975 a Campbelltown Ingleburn News article described the colonial building as falling to neglect and destruction. Its colonial architecture had been degraded and the verandah completely destroyed the week before. It talked about council's plans to comprehensively develop the area. Ingleburn House was demolished not long after. 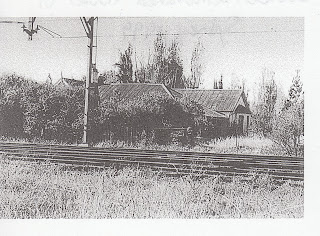 Its Moulin Rouge night club days long gone. The house photographed in 1973 not long before it was demolished (Helen Proudfoot; courtesy of Business Land Group, Campbelltown)


So next time you're approaching Ingleburn Station, take a glance towards Ingleburn Fair and imagine the 'rambling old cottage' that once graced this piece of land.