Memories of the Show

The Campbelltown A.H. and I. Society held its first show on March 16 and 17, 1899. It was held on the society's grounds adjacent to the old town hall and where the Campbelltown Mall is now located. Among prizes listed in the schedule for this first show were 5s 6d from the Fresh Food and Ice Co., of Sydney for the best British game cock in the poultry section while 1 pound and a certificate was offered to the best draught horse stallion three years and over. Dr S. Simons offered a prize of 1 pound 1 shilling for the best six varieties of apples.

The Campbelltown Show was once seen by many locals as the entertainment highlight of the year. As long time resident Kevin Rixon put it "that was the only event in Campbelltown that ever really happened". From 1902 the show was held on the new showground on the corner of Moore and Warby Streets. It remained here until 1974 when it moved to Menangle Park. These days the show doesn't quite capture the interest like it used to.

Ruth Pemberthy, Margaret Noel and Maureen Patrick and the Campbelltown Show in 1950


I thought I would write about some of the more interesting and amusing stories associated with the show gathered over the years. Here are some of them:

According to long-serving member, Syd Percival, a wayward monkey once caused mayhem. The story goes that the produce stewards had gone to considerable trouble to set up a district exhibit with prize-winning produce from the district. As they locked the building the night before the show, they looked forward to returning the next morning to show visitors the wealth of local produce on display. However, as they slept, a monkey escaped from the sideshow and found its way through a hole in the wall. The stewards were horrified to find a monkey asleep on a bale of hay and the best fruit and vegetables eaten, with the ones he didn't eat thrown all around the pavillion!

In 1935 CJ Clarke's bull was awarded grand champion bull and repaid the judge by attacking him and goring him in the leg!

In 1929 one sideshow attracted considerable interest. It was called "bubbly ping pong", a new game recently invented by Sid Madden and played for the first time in public at this show. It obviously never caught on!

In the 1950s a dog was once seen running from a display of the "Wonders of the Barrier Reef" with a shark's head firmly between its teeth!

When Mr W Jones, a horse competitor, in 1909 allegedly told the judge, "you are a robber and would put your hands in a man's pocket" he was disqualified for life from appearing at Campbelltown show. 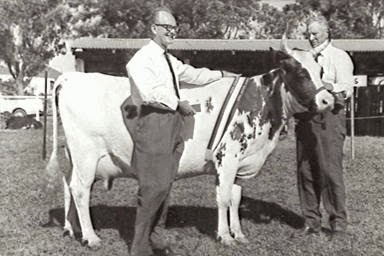 In 1916 in the middle of the First World War, the show society agreed to the use of the grounds and pavillion by the military. The show society was told that the use by the military of the grounds meant there would be no show until after the war. A show member quipped to loud applause, "if we don't help the soldiers, the only exhibits at future shows will be German sausage".

Frank Laurie's merry-go-round was a regular attraction at the Campbelltown Show. It featured 10 oil paintings depicting paddle steamers, ploughing, logging, gold mining, hunting and early travel scenes. Above a column of mirrors were panels of scantly clad women. Some suggested they should be replaced by Disney characters but Frank argued that they were there for the benefit of the fathers while their children enjoyed the ride.

Over the years there have been numerous stunt riders and daring acts. Dale Buggins appeared in 1980 performing his "stunt spectacular" followed by David Pinkerton the following year. In 1983 a blazing stuntman became a human torch before diving from a 30 metre tower into a water tank. In 1977 human time bomb Frank Lennon stepped into a coffin of death with 30 sticks of dynamite. He walked away unscathed but caused havoc among the horses and livestock around the grounds!

The show was somewhere where you always got dressed up. Chris Thomson, formerly Vardy, remembers how you bought a new dress and all the girls wore gloves and little handbags. "Cause it was a town thing. Everyone was there. All the men used to hang out at the bar. It was just a social event".

The side shows would often have curiosities that made a lasting impression on those wandering by. Celeste from Quebec packed in ice was a wonder to be marvelled at, while "The Tumblers", the girls with the wicked curves, raised the eyebrows of the more sedate locals.

The show was an institution in Campbelltown for many years and its history is closely bound with the history of the town. 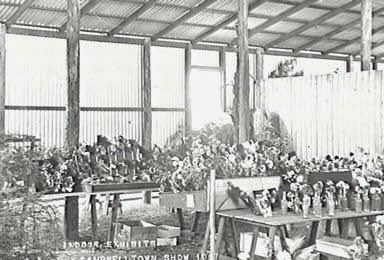 Email ThisBlogThis!Share to TwitterShare to FacebookShare to Pinterest
Labels: Campbelltown A.H. and I. Society, Campbelltown Show