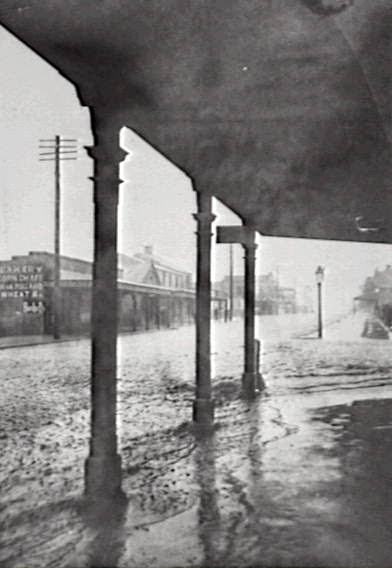 
This remarkable photograph was taken on the corner of Queen and Lithgow Streets in Campbelltown between 1910 and 1920. It shows Queen Street transformed from a dusty street to a fast flowing river. It's hard to imagine the scene from this same spot with today's modern drainage and guttering.

The shot was taken by Percy Marlow from his shop on the southern corner. It was called Marlow Bros. Premier Store and later became Solomon Bros. Store. Percy Marlow was a prolific photographer from this time. The ANZ Bank stands on the site in 2014.