"Downes?, yeah, everyone went to Downes, 'cause it was the only shop. You got everything at Downes". These were the words of a local that I interviewed recently. This opinion seems to reflect most local's thoughts about where you did your shopping from the 1950s to 1980s.

Downes store opened in Queen Street on Thursday, November 1, 1951, when the company took over the Pat Solomons Progressive Store. In 1951 the store was one of four operated by the company and offered only hardware, clothing and software merchandise. The company's managing director was Rex Downes. His faith and foresight in the future of Campbelltown first brought the company to the city.

Rex Downes bought up all available land in the vicinity of the store. He set out also a policy of keeping Downes store "one step in front" of the growth pattern and at times the economic situation. This allowed Downes to present the best possible service "at city prices" to the residents of what was then the country town of Campbelltown.

Downes sold everything from clothes to lawnmowers to homewares. There was also a large menswear department. It had 3 levels with the top level being the office. Electrical was on the bottom level. The store was located where Spotlight is today.

In 1984 two stages of a $2.5 million redevelopment of Downes were completed. The store became Downes City Plaza. It included a Franklin's supermarket, butcher, ice-creamery and restaurant. The competition from Campbelltown Mall and Macarthur Square eventually led to Downes demise. 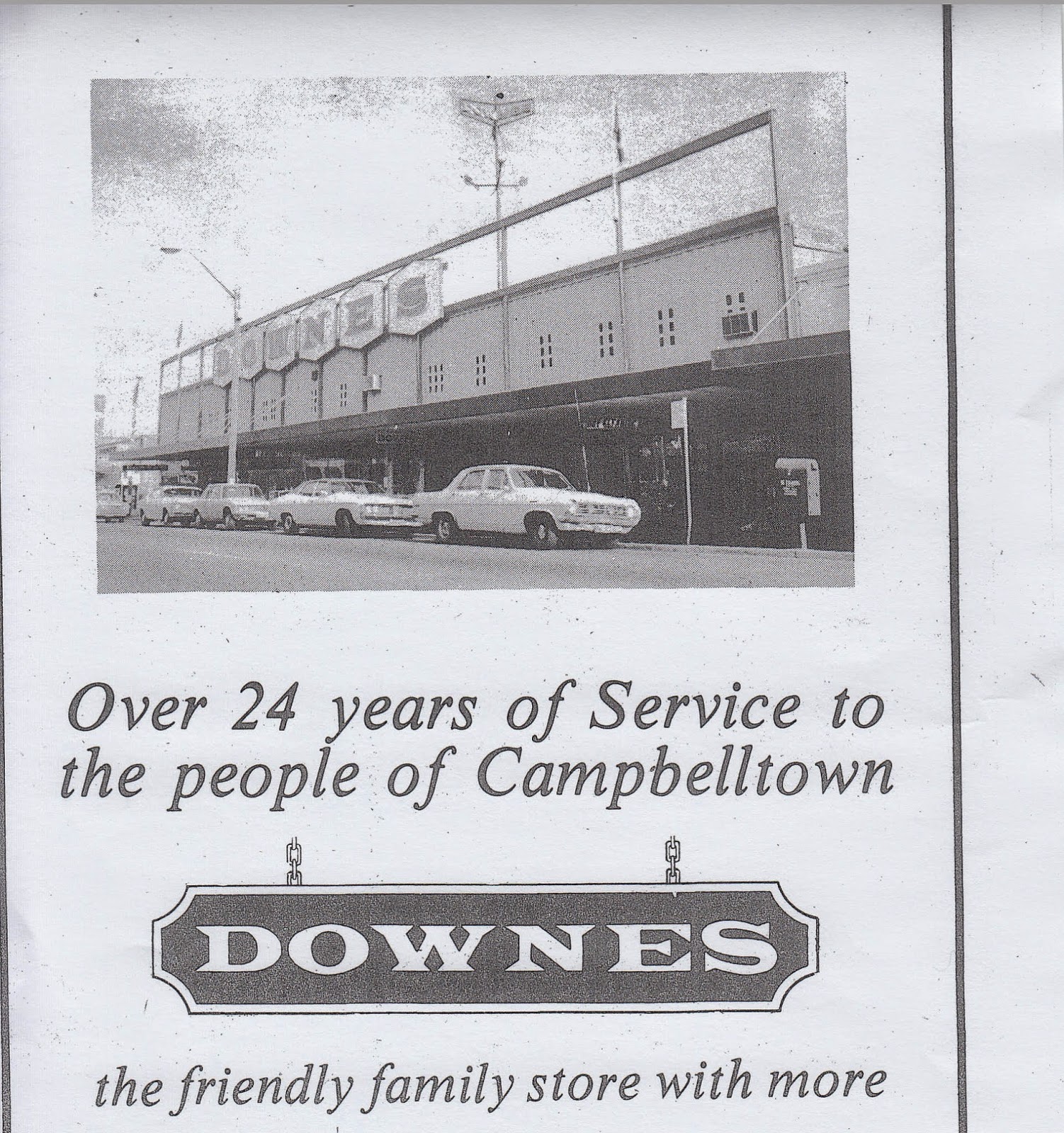