Reverend William McKee packed a lot into his short life. He was Campbelltown's second Presbyterian minister, succeeding Reverend Hugh Gilchrist at St David's in 1852. Like his Ulsterman predecessor, Rev. McKee worked tirelessly in undertaking his pastoral duties for the town and surrounding areas. It was unforeseen circumstances however that lead to his premature demise.

The Rev. William McKee was born in 1821 and educated at the Royal Belfast Academical Institute. In 1848, with his wife Frances, he sailed for Australia, arriving at Port Phillip on 6 October 1848. He arrived in Sydney the following year after an offer of a vacancy at St Andrew's at Port Macquarie. Reverend McKee was then called to Campbelltown and inducted into St. David's on 18 May 1853.

Rev. McKee's pastoral duties were arduous. He travelled extensively throughout the district from Liverpool, Appin, Camden, Picton, Bargo and beyond. He appears to have carried out his duties to the satisfaction of his congregations which, after 1858, included railway workers and station staff. The railway to Campbelltown brought many benefits. One such benefit was the introduction of tea meetings, with St. David's holding its first in December 1864. Many noted Sydney ministers attended as Guest Speakers. Large amounts of attendees would enjoy tea before crowding the church to hear the speakers talk.

Rev. McKee proved to be a forward looking style of minister. He introduced church music and mixed choirs to services. The singing of hymns had been a contentious issue up until this time and St. David's was viewed as displaying an extremely progressive attitude. Adding further to the reverend's and St. David's reputation was the holding of a four hour session in which over 300 people attended speeches made by prominent members of the church, including an Indian minister and a pioneer missionary to the Aborigines.

William's family was growing and so were his financial problems. A number of mortgages were negotiated by the Reverend during the late 1850s. With these financial debts the strain began to affect McKee. In 1866 a special meeting was called by the Presbytery Moderator. The reason behind this was that William was seen on Liverpool Junction Railway Station under the influence of alcohol. He gave the church his solemn promise to abstain. However the following year the Presbytery called a further meeting and in June that year the church and ministerial charge of Campbelltown was declared vacant. Rev. McKee had a serious alcohol problem. He was suspended from all ministerial functions and he made no appeal against this. He spent the next twelve months under the Rev. Geike in Bathurst. He was then recommended to be reinstated to his duties at Campbelltown. 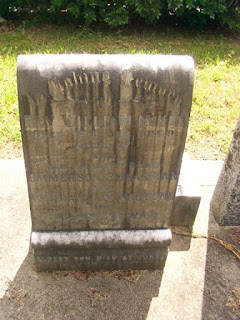